Sister Peg Albert, OP, PhD, was named the 10th President of Siena Heights University in 2006. She received a bachelor’s of arts degree in sociology from Wayne State University in Detroit, Mich., and master’s and doctorate degrees in social work from Barry University in Miami, Fla. She did her post-doctoral work at the Institute for Educational Management at Harvard Graduate School of Education in Cambridge, Mass., and completed post-doctoral classes at Barry.

Since arriving at Siena Heights, Sister Peg has led several new initiatives, including the establishment of a nursing program, which conducted its first classes in fall 2008. During her tenure as president, Siena Heights has seen increases in both enrollment and fundraising. Her student-centered approach has meant physical improvements to the residence halls, athletic facilities, dining hall and student union. In spring 2008, she announced Siena Heights was freezing tuition rates for its Adrian campus undergraduate students for a 2008-09 academic year, a move almost unprecedented for small, private universities.

In 2010, SHU announced it was beginning football, and in the fall 2011 fielded its first team in brand new O’Laughlin Stadium and Dawson Field. In 2012 Siena Heights completed the Mary and Sash Spencer Athletic Complex, as well as added marching band and competitive cheer and dance. In fall 2013, SHU opened its new McLaughlin University Center.

Heading the On Higher Ground Campaign, which ended in June 2012, she helped Siena Heights University raise more than $19 million in gifts and pledges – surpassing its original goal of $13 million. Siena Heights was also named to the “Best College to Work For” honor roll by The Chronicle of Higher Education in summer 2012.

An associate professor of social work, Sister Peg served as a counselor at Barry for 12 years. She was named Barry’s associate vice president for Student Services in 1988. In that position Albert oversaw student services such as the campus health center, campus ministry and the student development center. In 1994, she was promoted to executive vice president at Barry, an institution also sponsored by the Adrian Dominicans.

Before coming to Siena Heights, Sister Peg guided the newly purchased Barry University School of Law in 2001. Serving as its chief administrator, Barry’s law school earned accreditation from the American Bar Association – at the time one of only two law institutions in the nation founded and headed by women to earn that distinction. 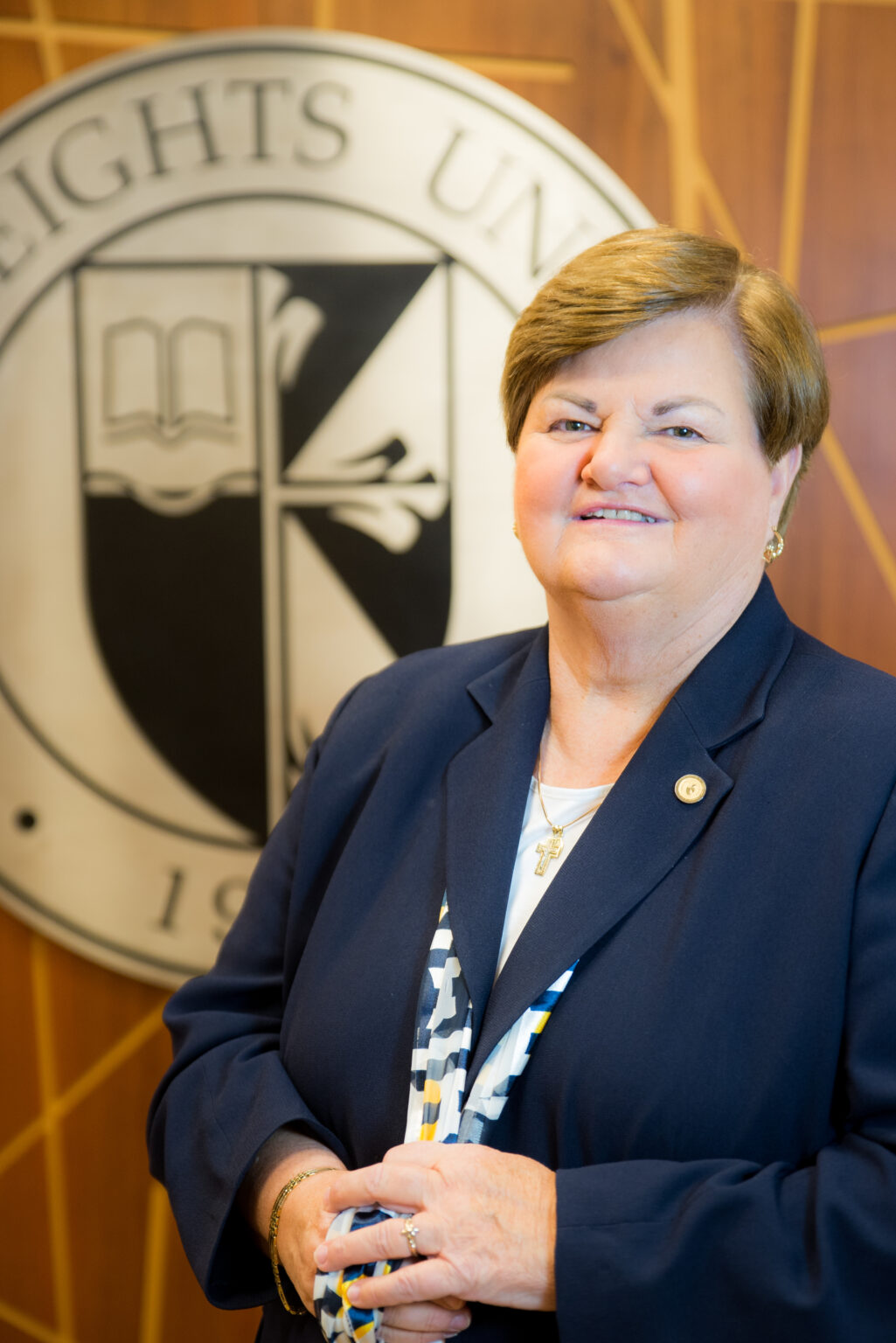 President’s Cabinet
Board of Trustees
Strategic Plan
Apply Now
Where would you like to apply?