With an acclaimed faculty boasting a wealth of practical experience, the Theatre Siena program has become one of the most renowned in the region. Under its umbrella are theater, educational theater, musical theater and technical theater.

“Siena prepared me quite a bit actually for my career. The fact that I come from a place that holds you accountable, that makes you do what you say you are going to do. That’s why I keep getting work, because people know they can depend on me.” 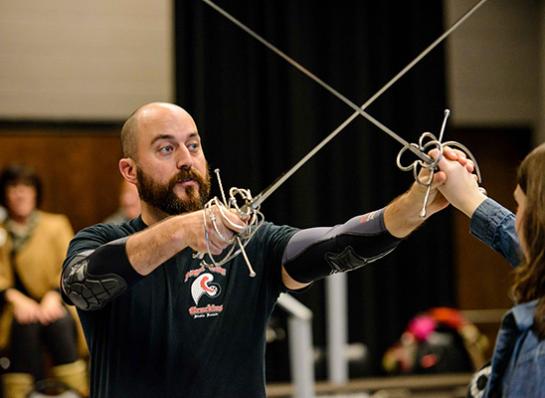 Learn what the Siena Effect can do for you.

Let Siena Heights\’ Theater/Speech Communications program give you a head start on the bright lights of Hollywood or Broadway.

With an acclaimed faculty boasting a wealth of practical experience, the Theatre Siena program has become one of the most renowned in the region. Under its umbrella are theater, educational theater, musical theater and technical theater. While courses such as Modern Dance, Shakespeare and Stage Management are good starting points, there\’s nothing in acting like first-hand experience.

Students have a chance to partipate in Theatre Siena productions in both the fall and winter, with the historic Croswell Opera House in town, there are other opportunities to take the stage.

The new Haller Stage hosts the on-campus shows, but smaller productions are also hosted in the innovative Stubnitz Lab Theater. 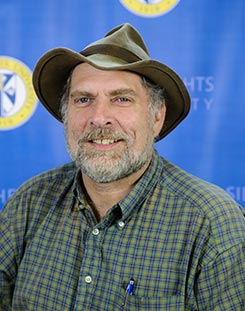 WHERE ARE THEY NOW?

Some of Siena Heights’ recent graduates and former students are involved in the following:

Theater students are encouraged to pursue internship opportunities off-campus as much as possible. Many of these are very personal, one-on-one study experiences and often are paid. Siena Heights has developed internship partners not only in the United States, but throughout the world.

Some of the past internship opportunities include:

High school seniors and transfer students who would like to major in music, art or theater or perform in the choir, band, marching band, orchestra or jazz band can schedule an audition or portfolio review and campus visit during Arts Scholarship Days @ Siena. Scholarships will be awarded to qualifying students. In addition to their audition or portfolio review, students may have the opportunity to meet with current scholarship recipients over lunch, have an individual meeting with Admissions Counselor and enjoy a campus tour.

Siena Heights University’s Theatre Siena has announced its schedule for the 2021-22 academic year.

The season opens with the Homecoming Weekend production of “Rent,” from Oct. 14-16. Directed by SHU Assistant Professor of Theater and Dance Michael Yuen, the rock musical tells a story of a group of impoverished young artists struggling to survive and create life in lower Manhattan’s East Village in the thriving days of Bohemian Alphabet City. Curtain time is at 7:30 p.m. each evening on the Haller Stage in the Spencer Performing Arts Center.

Experience Siena Heights by touring the Adrian campus and meeting the people who make up our dynamic community.

We’d love to get to know you and answer any questions you may have.

Connect With an Enrollment Representative
Apply Now
Where would you like to apply?